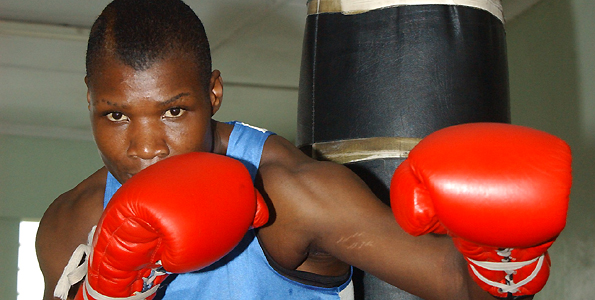 The Pride of Kenya who set the stage for all Kenyan female boxers, Conjestina Achieng’ has recently emerged from oblivion and dominated the social sites. This time not to re-live her glory days as Kenya’s female boxer ranked 5th in the world but to depict the misfortune that befell her along the way.

It seems that life has gone sour for our once ”Hands of Stone” champion. She is now claimed to have gone mad and is now forced to live in deplorable conditions in a one roomed house on the outskirts of Nairobi despite having the opportunity to brush shoulders with the mighty like Laila Ali (Mohammed Ali’s daughter). Her resultant fate may seem like the perfect example of a Grace to Grass analogy with some critics coming up with ridiculous and absurd conclusions to her predicaments like paying the price of confiding in the devil for her success, brain tumors, and bewitchment.

Regardless of the reasons, various Kenyans have come to the aid of our former women world champion. Social sites are flooded with pool funds to assist her in her hour of need. These being a kind gesture as it already is, dubious individuals have also taken to this strategy to benefit themselves by setting up fraud a/c numbers to receive donations on her ‘behalf’.

To avoid your generous donations falling into the wrong hands, these are the OFFICIAL confirmed paybill numbers set up to assist her. We will keep you updated on the rest as they are set up!!! Kenyans4Conje

This site uses Akismet to reduce spam. Learn how your comment data is processed.